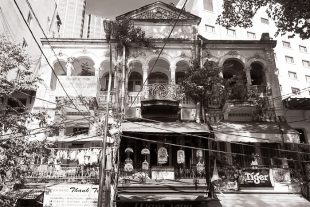 A Concise History of Saigon

For whatever reason, I had always assumed that the history of Saigon stretched back to the dawn of humanity. “The Ancient City of Saigon” does have a nice ring to it, but it’s not true. In fact, for most of its history, Saigon was an unimportant Cambodian fishing village. (Maybe I was mixing it up with legendary Shangri-La?) But despite its late debut as a major Southeast Asian city, Saigon has seen plenty of action. Here’s a concise rundown of its history.

We use cookies to ensure that we give you the best experience on our website. If you continue to use this site we will assume that you are happy with it.Ok