On our first morning in Saigon, we were invited to learn how to make bánh ch?ng. This hearty cake is a tradition around the country during the Lunar New Year celebrations of Tet, when families gather to prepare it together, as well as to recount its origin story to their children. 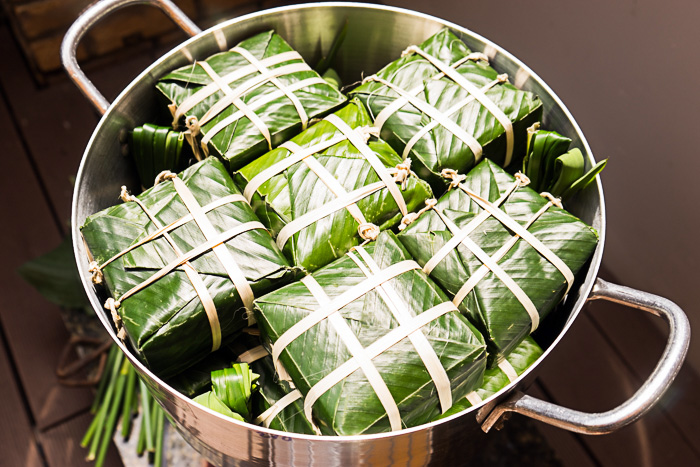 The apartment complex in which we’re staying, BonBon Residences, had invited us to a New Year’s Eve dinner. But first, we were asked to help prepare the food. Bánh ch?ng takes over ten hours to cook, which meant we had to show up early in the morning. Not a problem for Jürgen and I, since we had just arrived and were still completely jet-lagged. Is it 9am or 3am? What’s the difference? Point us to the coffee, and hand us a knife… but keep your distance, in case we suddenly collapse. 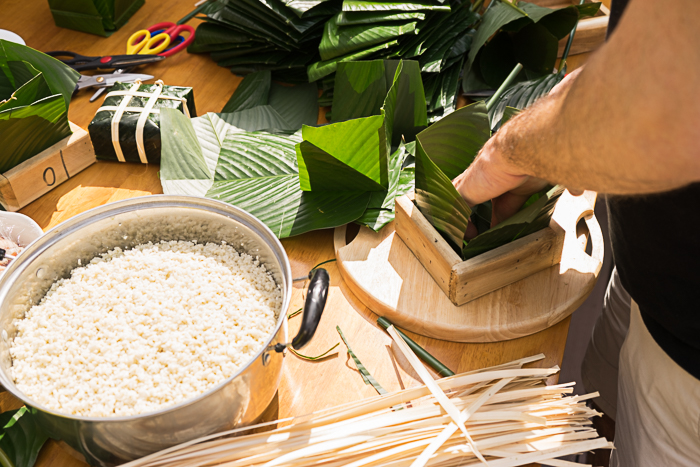 Before we started, Annie, our instructor for the day, related the origin of bánh ch?ng; a legend at least partially based in historic events. During the sixth dynasty of the Hùng Kings (1712 – 1632 BC), the aging monarch held a competition between his eighteen sons to determine which would inherit his throne. Whoever brought the best offering dish for the Tet altar would be crowned king.

While his seventeen older brothers scoured the land for rare and expensive foods, Lang Liêu, the youngest son, took a different approach. He gathered the most common ingredients he could find (mung bean, sticky rice and pork), molded them together in a square form, and wrapped them in lá dong leaves. The square shape of the dish represented the earth, while the humble ingredients ensured that it was something which could be prepared by every family in the land. The king was impressed, and declared Lang Liêu the victor.

Watching Annie prepare her bánh ch?ng, I thought it looked fairly simple. Plop a bunch of leaves into a mold, pile up the rice, bean and pork, fold it together and viola. And while those are the basic steps, it wasn’t so easy in practice. To craft a perfect bánh ch?ng, you need patience and skill. The first and most difficult task is properly folding the lá dong leaves and placing them into the mold. Four leaves are required to create the cake’s floor, and they have to be folded precisely, so as to create a pleasing geometrical shape. (Experience in origami helps!)

From there, it’s easier. You fill your leaves with five layers: rice, mung bean, pork, mung bean, rice. Then you close it by folding down the tops of the leaves, and tying it all together with long, grass-like strings. If you’ve done it right, you’ll have a tightly-packed cube with cleanly-defined corners. If you’ve done it like me and Jürgen, you’ll have a misshapen lump.

But now that we had the method down, our second bánh ch?ngs were much improved. Once our group had prepared about a dozen, we set them in a pot of boiling water and let them cook. Ten hours later, we reconvened for our dinner party, and unwrapped our cakes. To cut them, we used the grass strings in which they had been wrapped. The dish was delicious; the sticky rice and sweetness of the mung bean meshing wonderfully with the salty slices of pork. There was other food on the table, and all of it was good, but the bánh ch?ng was the star of the show.

–Learn How To Cook Vietnamese Dishes 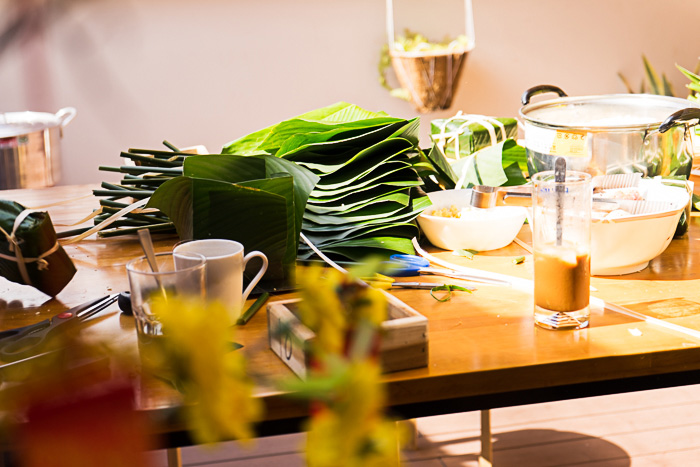 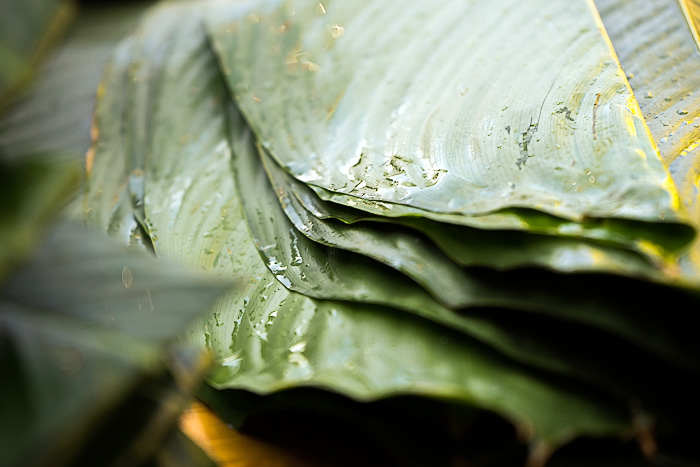 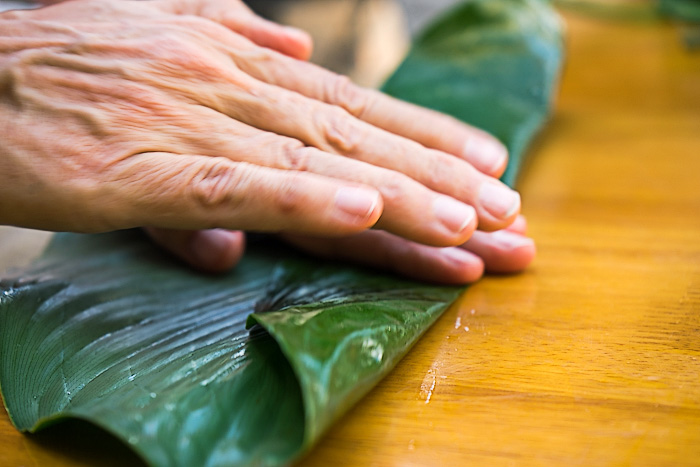 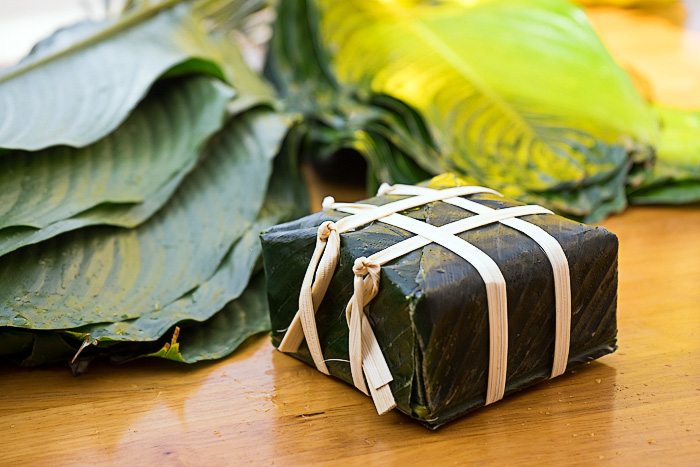 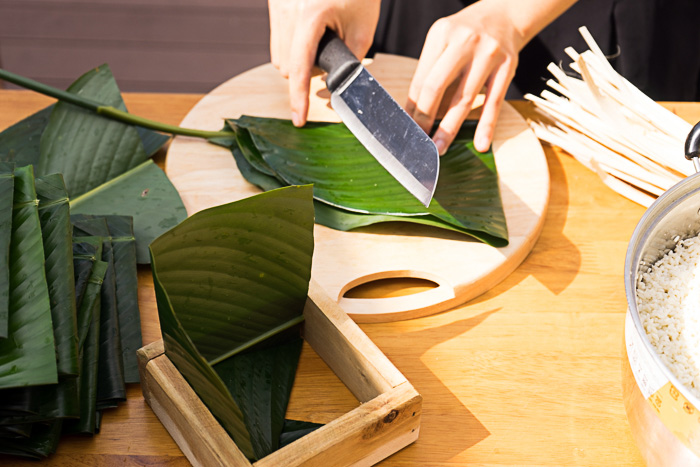 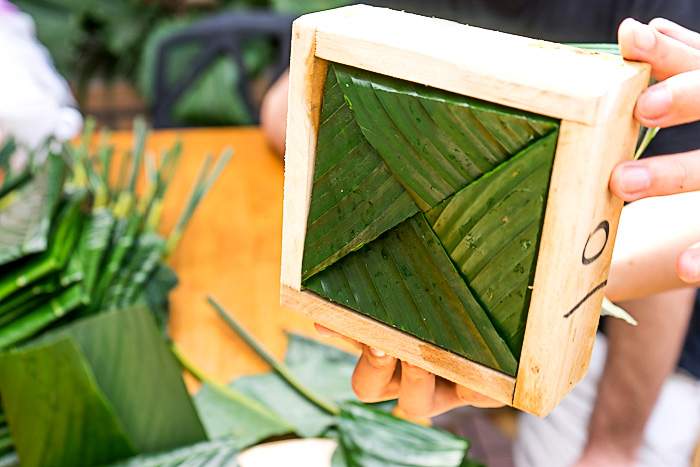 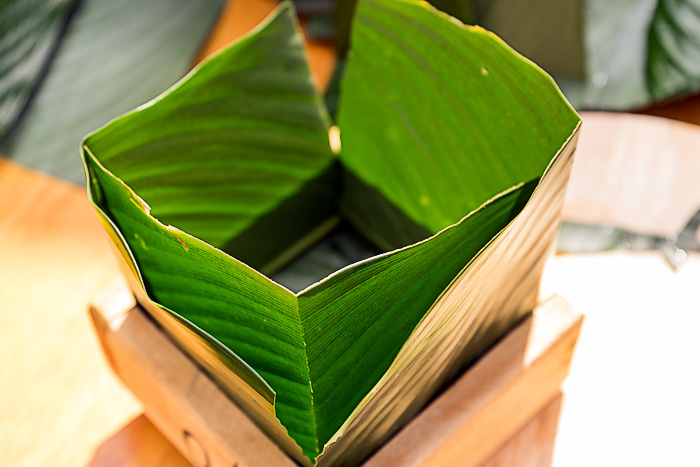 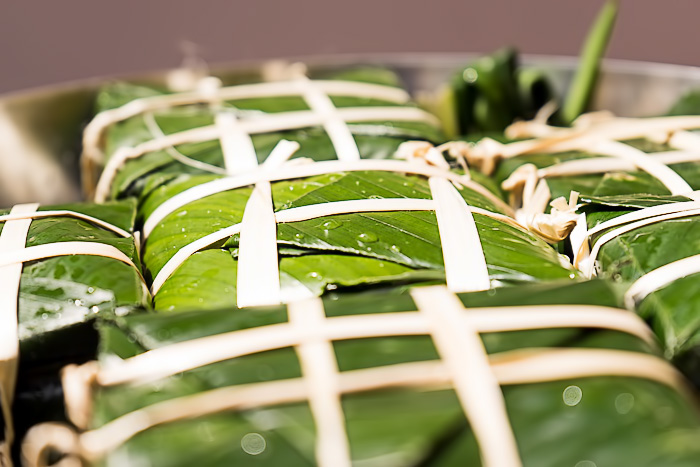 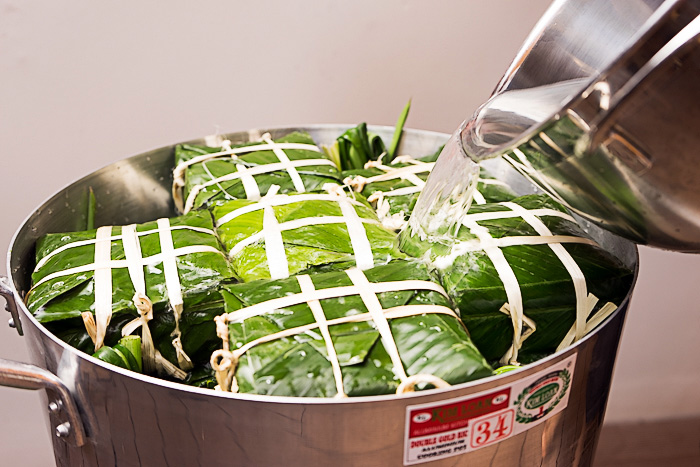 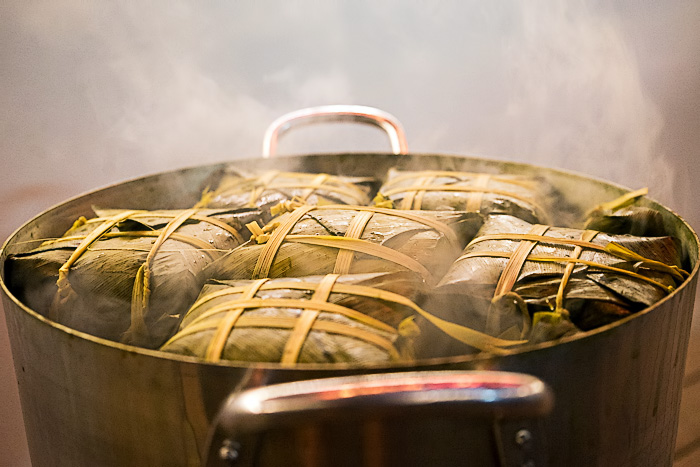 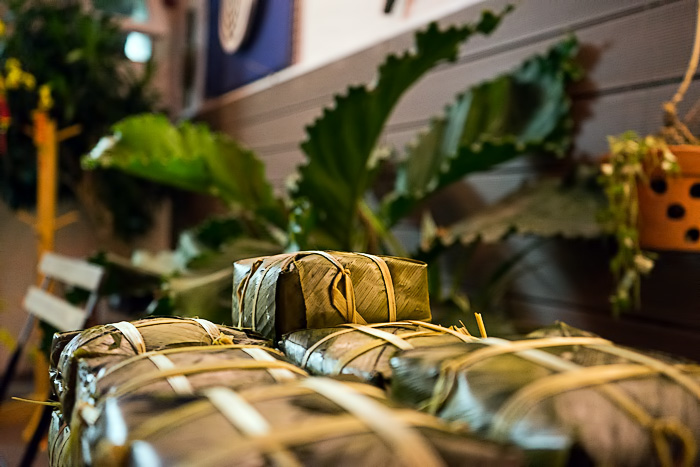 The View from the Bitexco Tower

A Concise History of Saigon