One of the largest green spaces in Saigon is Tao Dan, a 25-acre park in the middle of the city. With the busy street of Tr??ng D?nh running straight through it, Tao Dan doesn’t exactly provide an “escape to nature”, but it does give you the chance to mingle with locals and watch families enjoy their leisure time. And during the Tet Lunar New Year holiday, the park becomes the scene of a popular fair. 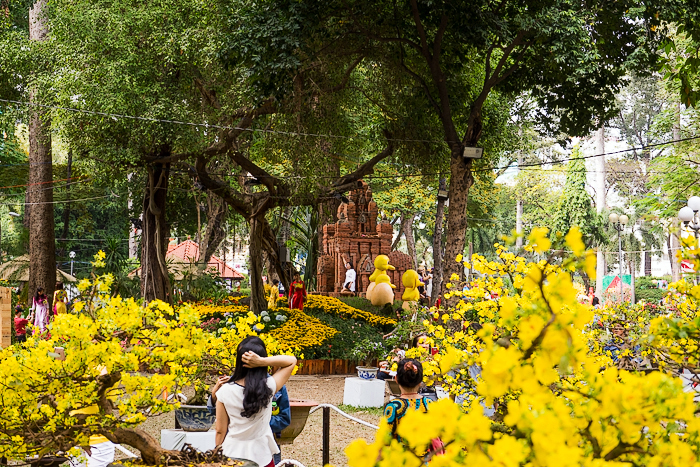 In terms of “typical touristy sights”, Tao Dan Park is likely to leave you somewhat underwhelmed. There are some large trees, a few sculptures and a small temple, but nothing particularly noteworthy. That, however, is not the point of Tao Dan. This is a place to go for scenes of regular Vietnamese life… older people exercising in the morning, bird aficionados gathered around their cages, families having picnics, and enamored young couples cuddling on a bench.

We visited in the midst of Saigon’s Tet celebrations, when Tao Dan was hosting a raucous festival. There were food stands, games of skill, thrill rides, and thousands of people milling about. We checked out the competitors in a bonsai competition, tried out some fried fish balls and Oreo crepes (not a great combo), and watched children knock each other about in bumper boats. Jürgen even tried his hand at a shooting game. Within five seconds of picking up the rifle, a dozen kids had surrounded him to offer their encouragement. 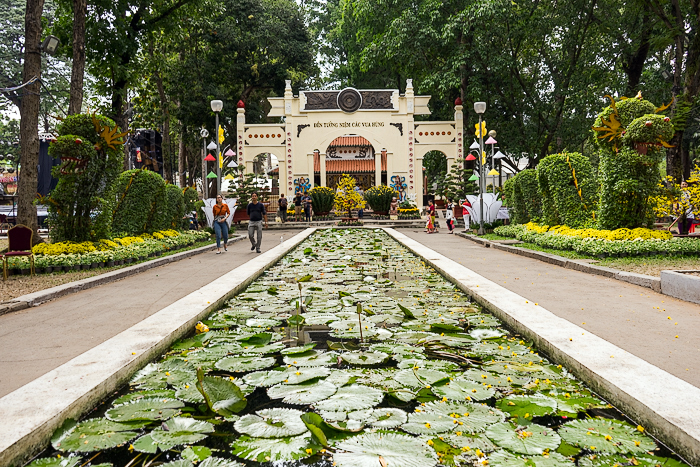 We had a blast. So far, the Vietnamese have proven themselves to be a lot more welcoming and open, than we had expected. Upon seeing us, kids will almost always wave and shout “Hello”. People constantly engage us in conversation… they’re curious about where we’re from, and what we think about their city. And because of America’s former presence here, this must be the first place we’ve visited where the older generations speak better English than the rest. It’s disconcerting to be sitting at a table with a big family, and it’s Grandpa who has to act as translator!

Because Tao Den park is so central, you’ll likely be passing nearby at some point during your stay in Saigon. Make sure to stroll through. There might not be any major monuments or museums, but regular life in a Saigon park counts as its own kind of “must-see” attraction. 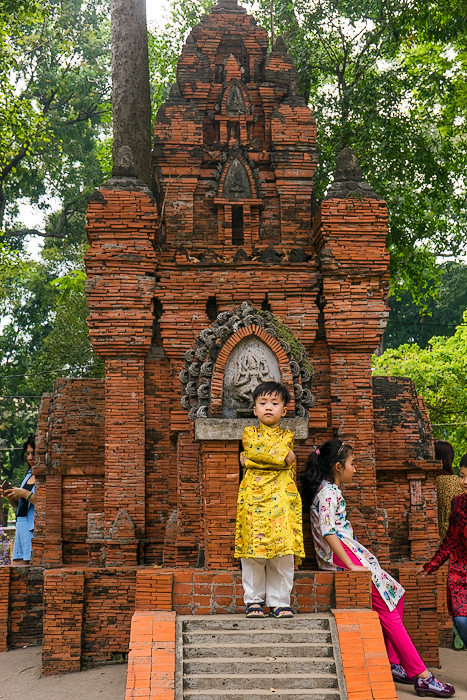 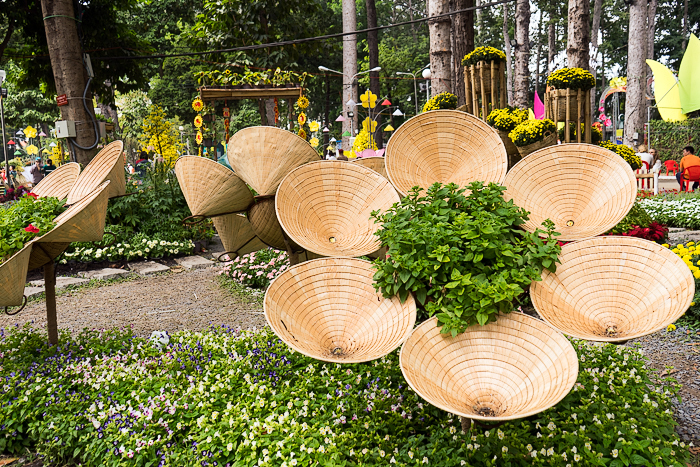 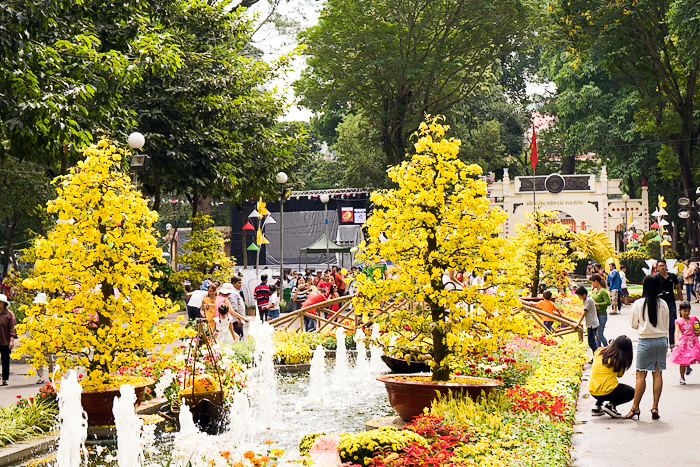 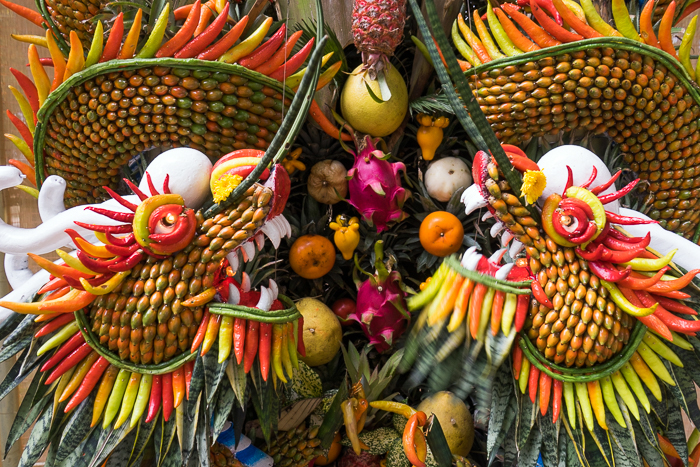 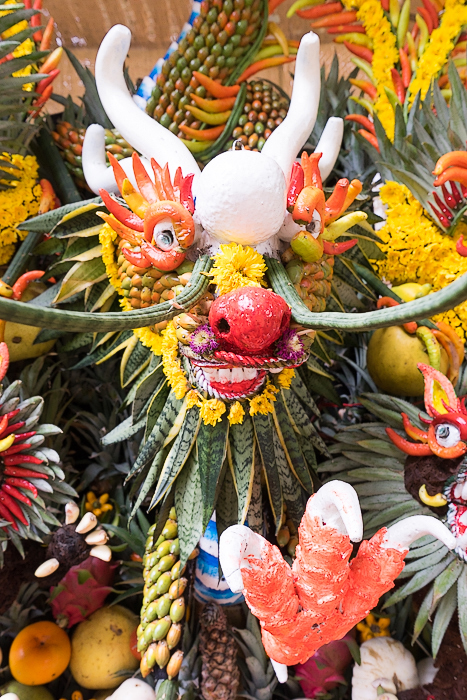 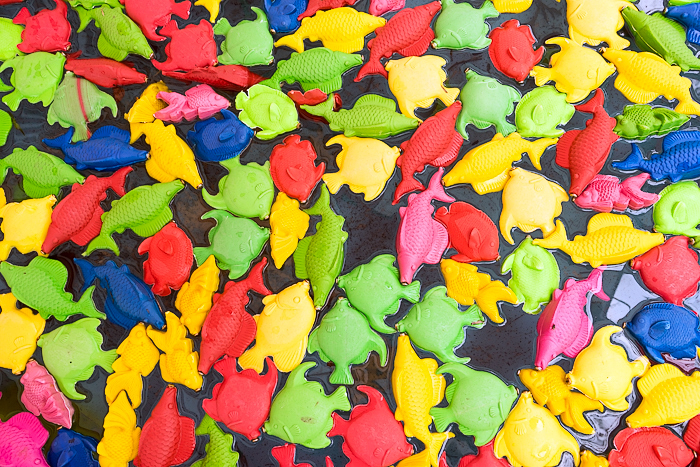 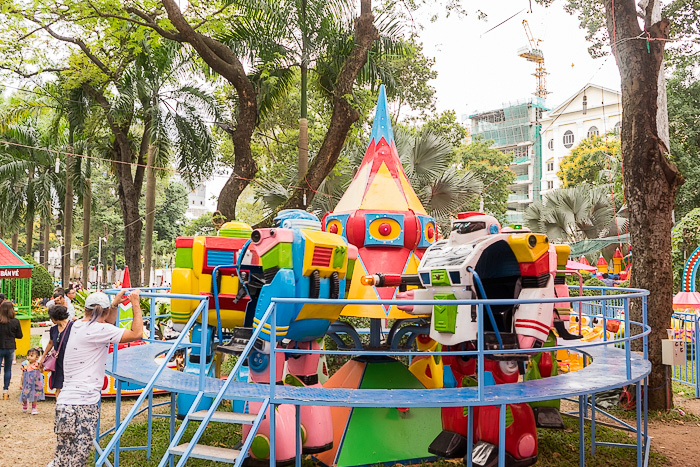 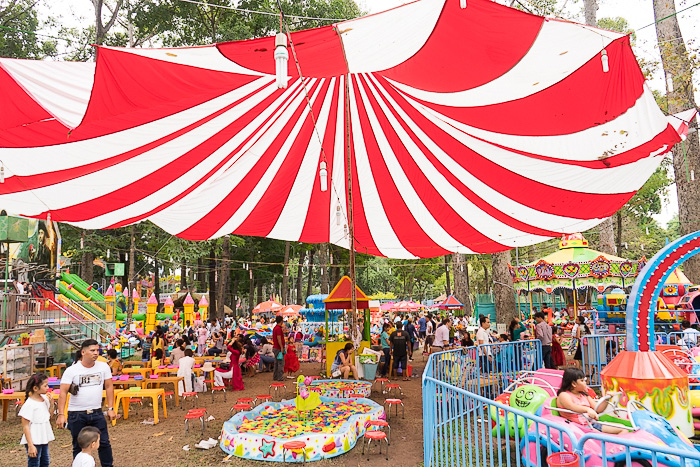 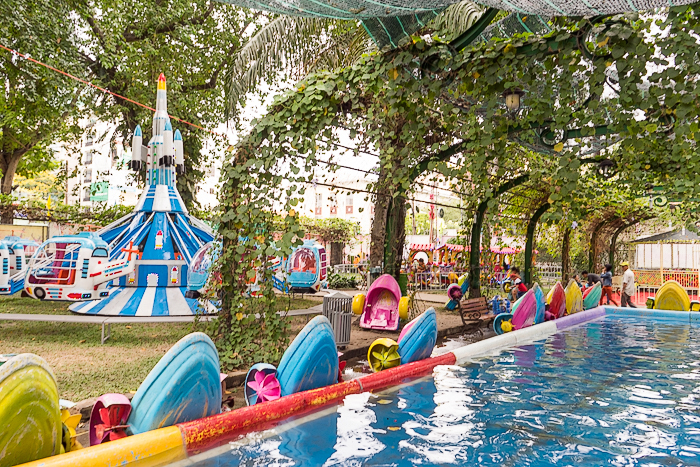 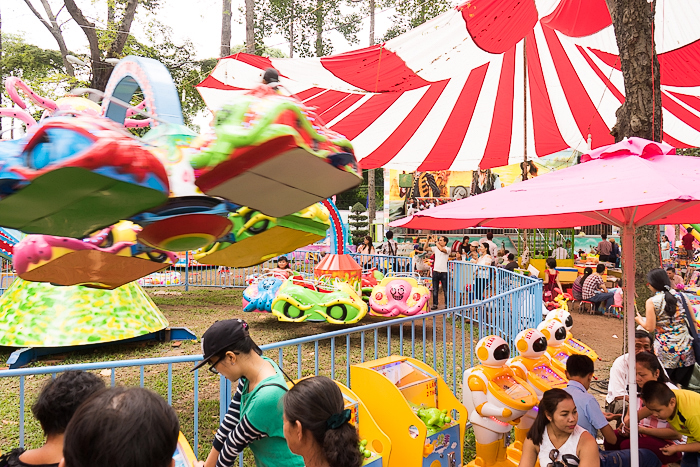 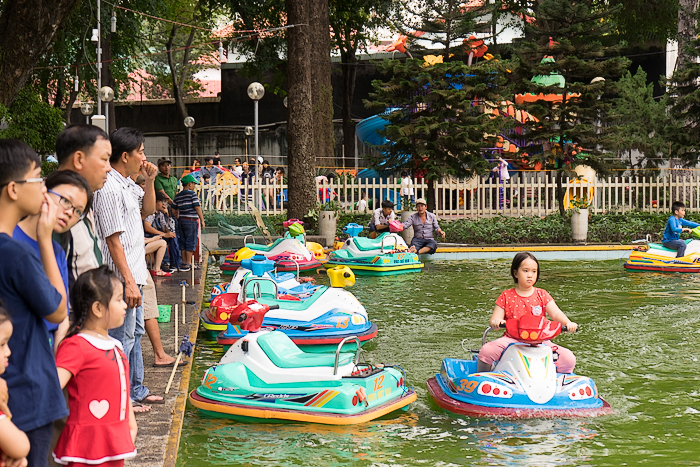 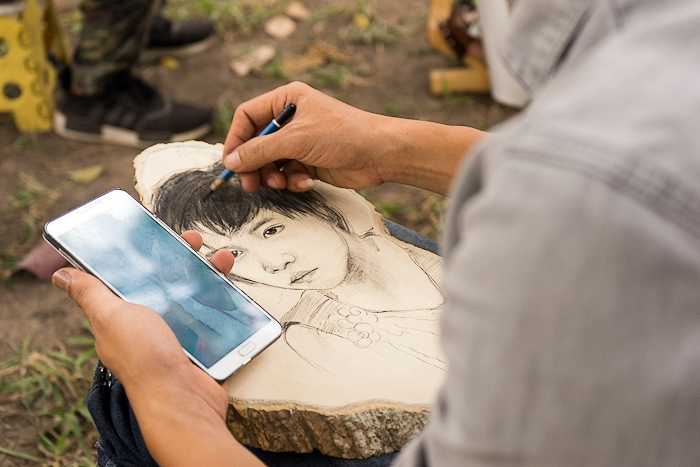 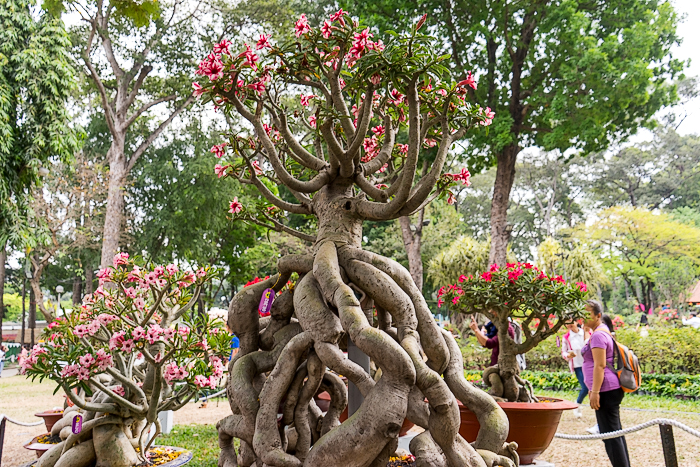 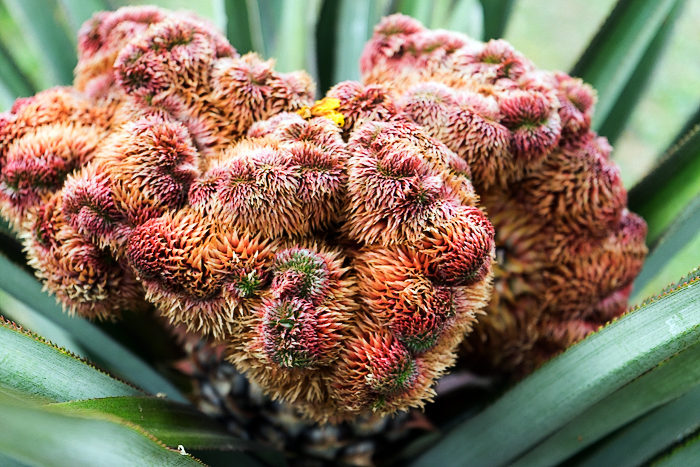 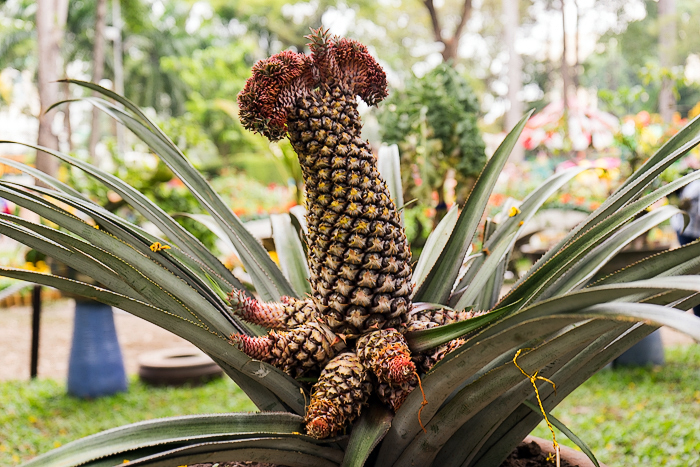 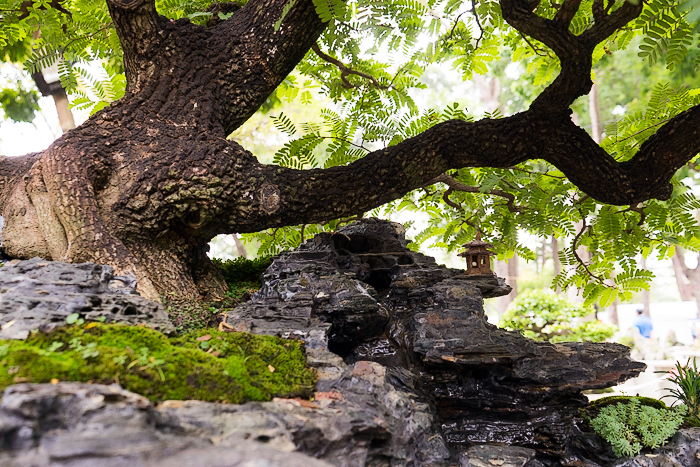 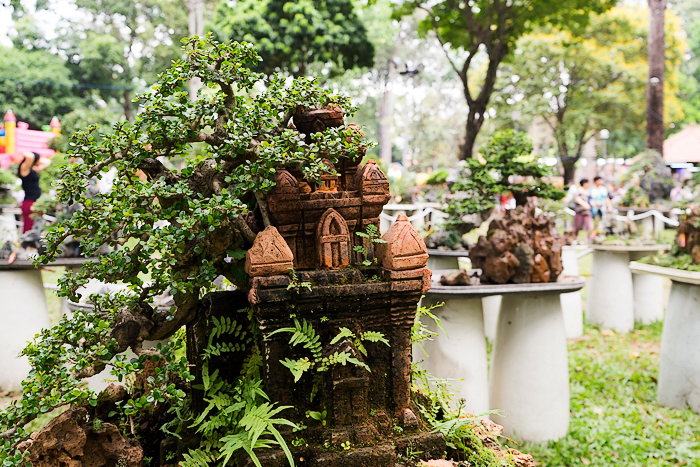 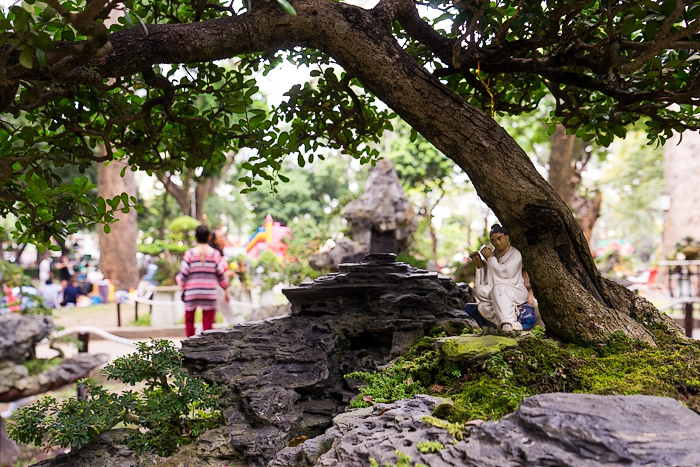 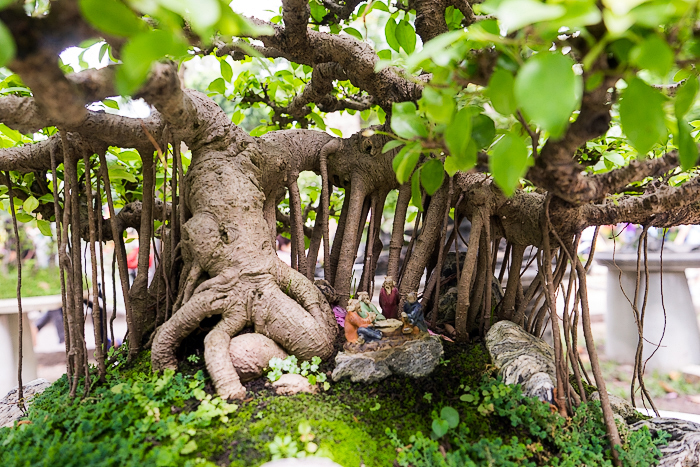 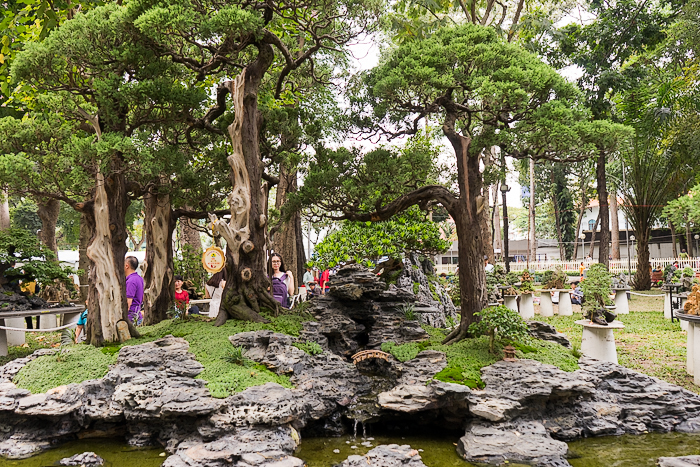 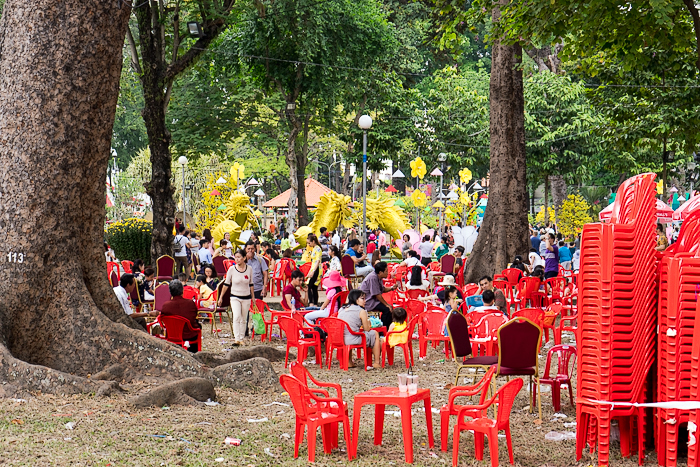 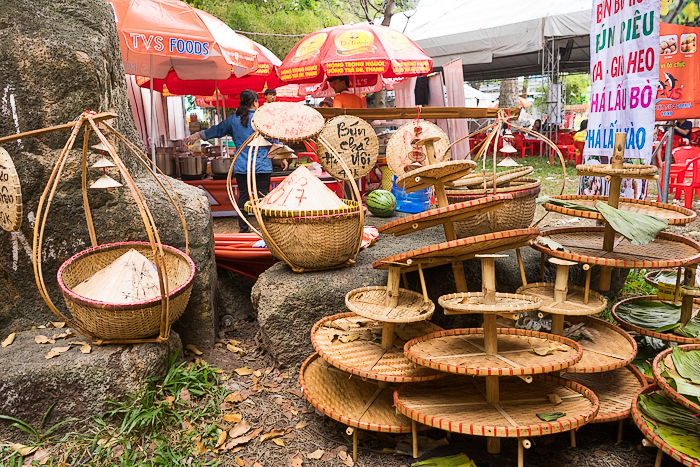 The Patchwork World of Thảo Điền