Constructed in 1744, the Giác Lâm Pagoda is one of the oldest temples in Saigon. It’s found on the western side of the city, and is most recognizable for its seven-story stupa. 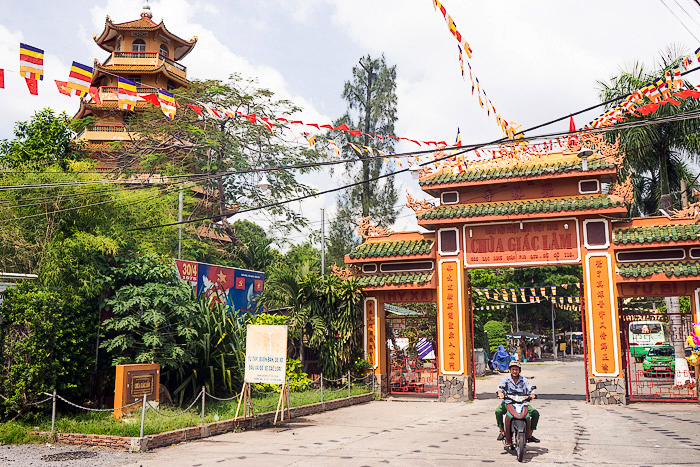 My taxi driver and I had a fun time trying to find the Giác Lâm. He had heard of it, but never been there himself. And despite its towering seven-story stupa, we weren’t able to spot the temple; seven stories might be tall, but not when you’re surrounded by skyscrapers. Back when it was built, in the 18th century, this location must have been far outside the city limits. But today, Saigon has all but swallowed it up.

Eventually we got there, and I was only a little surprised when my driver parked his bike, and followed me into the pagoda to do some sight-seeing of his own. Appearing so suddenly, the Giác Lâm’s stupa must take even lifelong locals by surprise. It’s a relatively new addition to this ancient temple. Construction began in 1970, but was interrupted by the war and paralyzed after the Communists took power. It was only finished in 1994, and today stores relics from the Buddha himself. 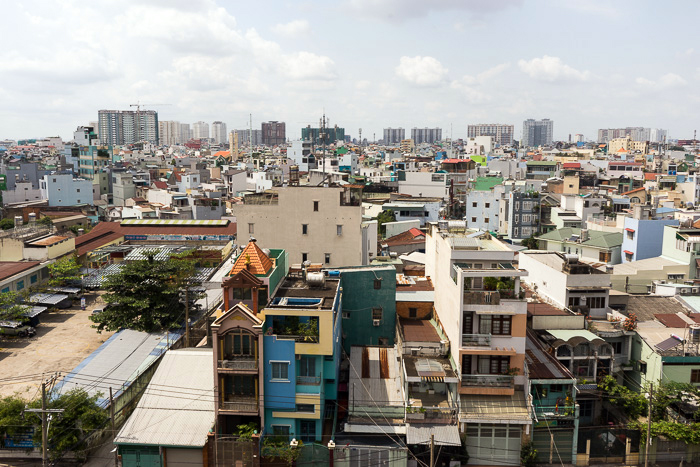 Jürgen and I climbed to the top of the stupa for a view over the rest of the temple. Despite the all-consuming growth of Saigon, the Giác Lâm still claims a large piece of real estate. The main hall is massive, and there are a few little plazas, a cemetery and a large Bodhi tree imported from Sri Lanka in 1953. It looked like a crowd had gathered at the base of the tree, so after leaving the stupa, we went to see what the commotion was about.

In the middle of the group, an extremely old man was sketching calligraphy and (I’m guessing) telling fortunes. I couldn’t understand a word of what he was writing or saying, but found myself laughing along with the crowd at his mannerisms and jokes. Language barriers are no obstacle to true entertainers. 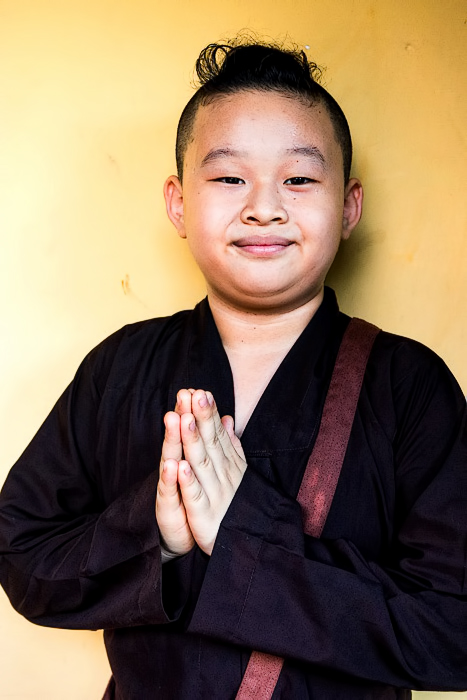 We now removed our shoes and entered the temple’s main hall, where we were greeted by a group of young monks-in-training. These kids were about ten years old, and had their heads totally shaved except for the top. Very cute, and we loved them even more when they gave us some “Lucky Money” for Tet. They were very solemn while welcoming us into the temple, but couldn’t contain their composure for long… soon enough, they were running around, laughing and fighting with each other.

This main hall of the pagoda is beautiful. Dark wood, bronze statues, blood-red calligraphy on the hundreds of pillars, candles, incense, and icons dedicated to deceased parishioners. And grinning Buddhas everywhere. Without a tour guide, we had no way of knowing which figure represented what, the purposes of the various altars, or the stories behind the relics, but that was alright. We enjoyed just being here. I think if we were living in Saigon long-term, it’d be worth becoming Buddhist, simply to have such a serene place in which to find refuge from the city. 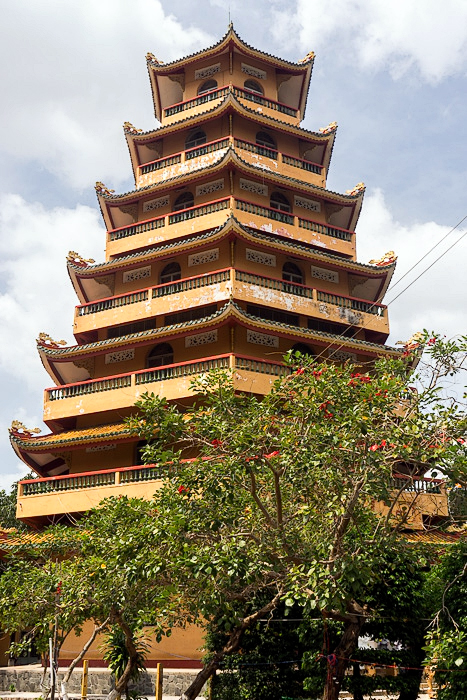 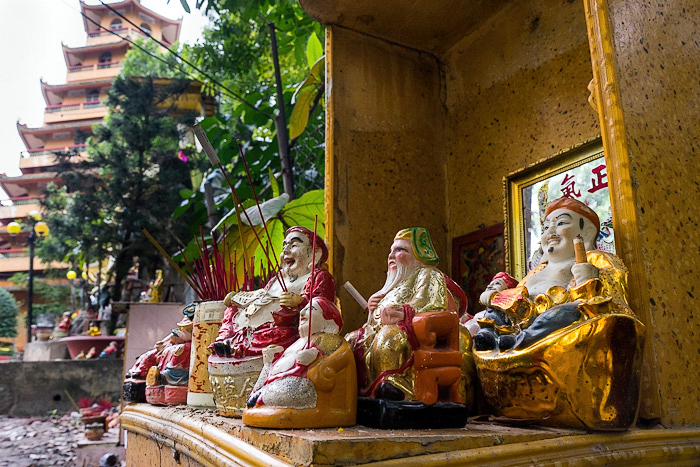 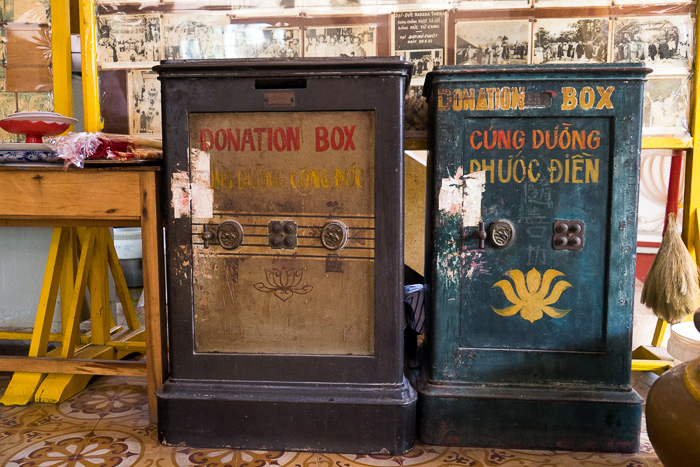 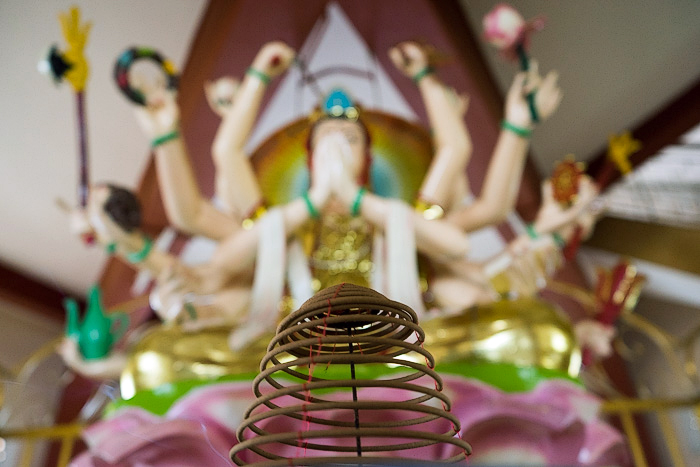 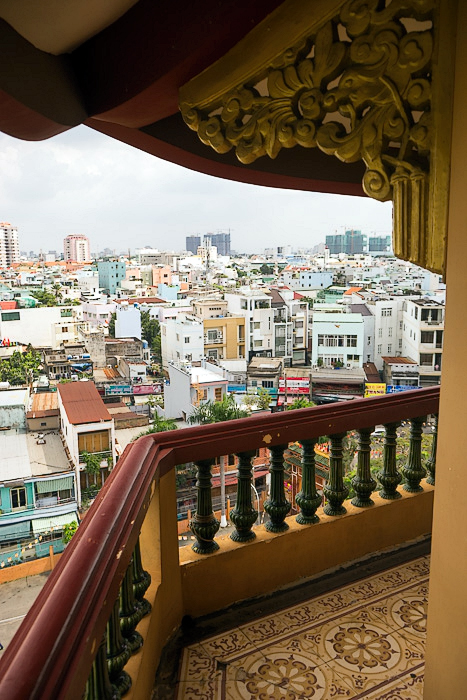 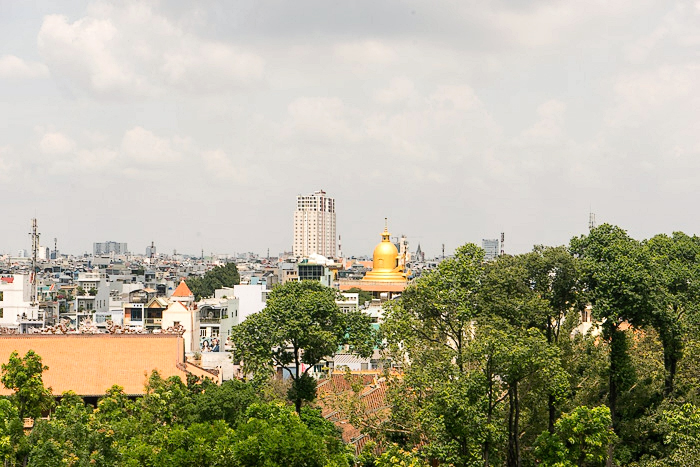 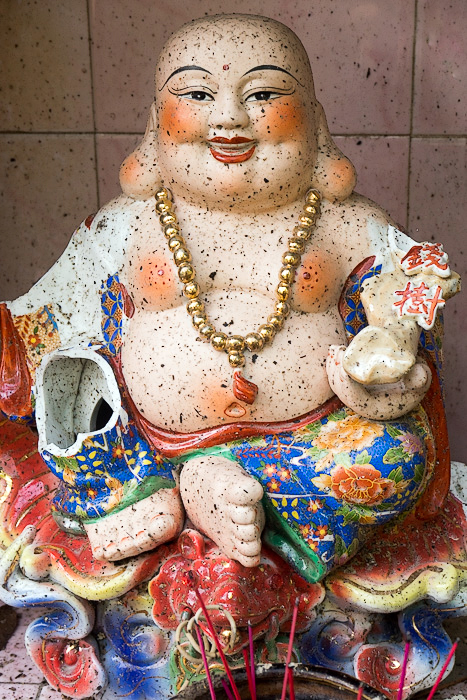 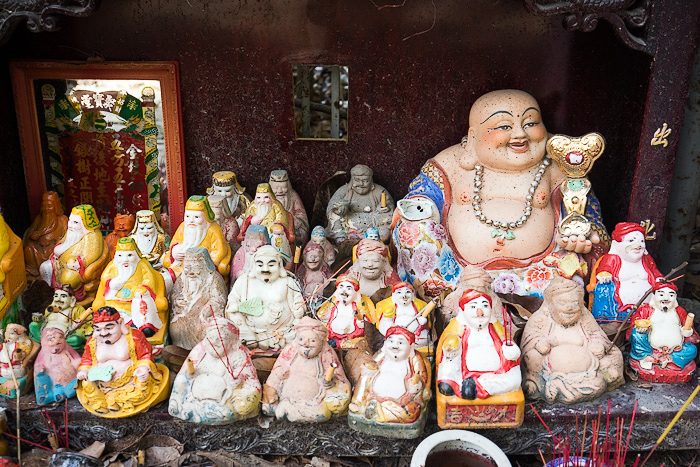 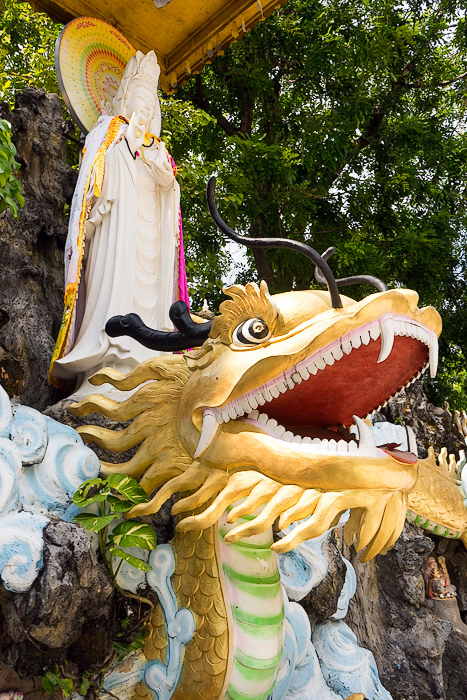 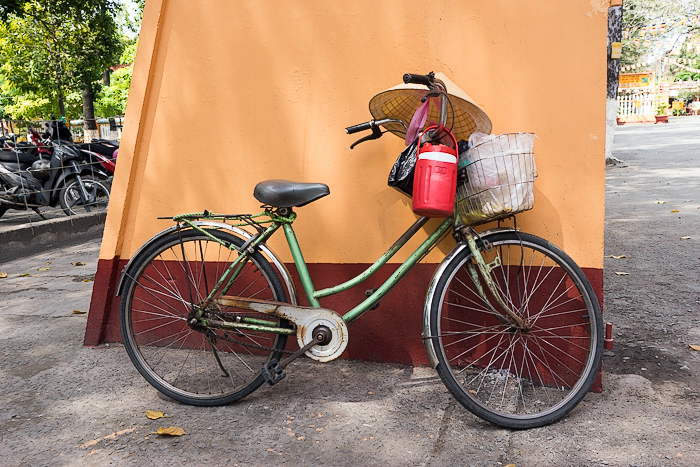 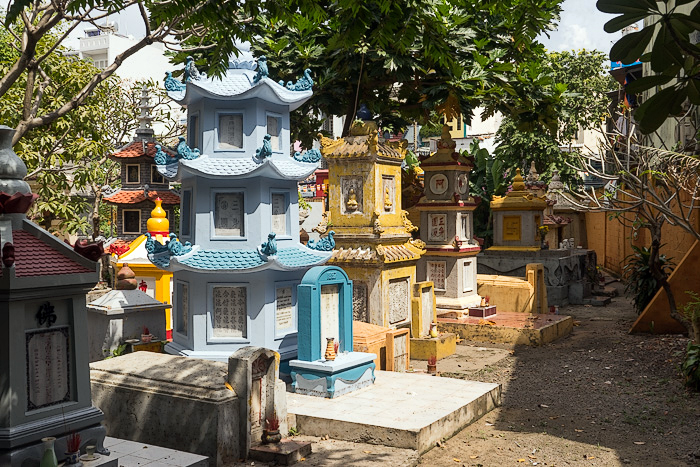 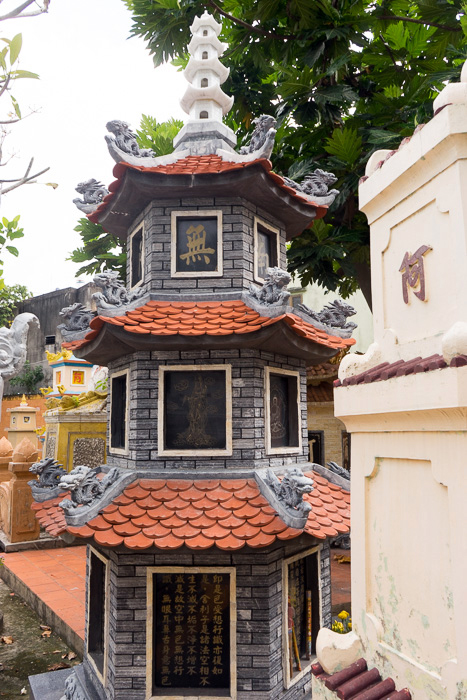 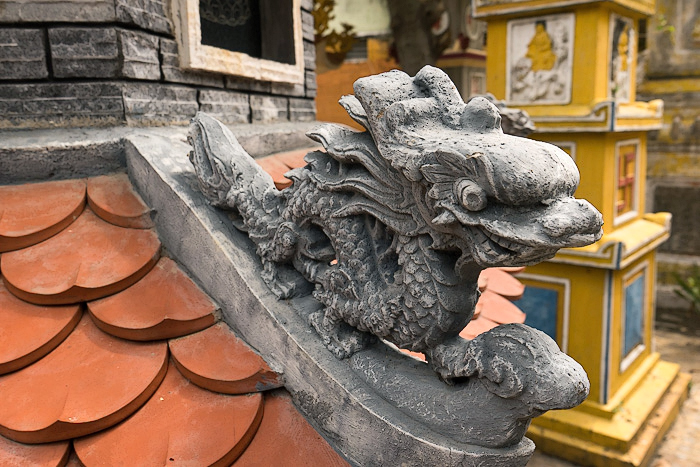 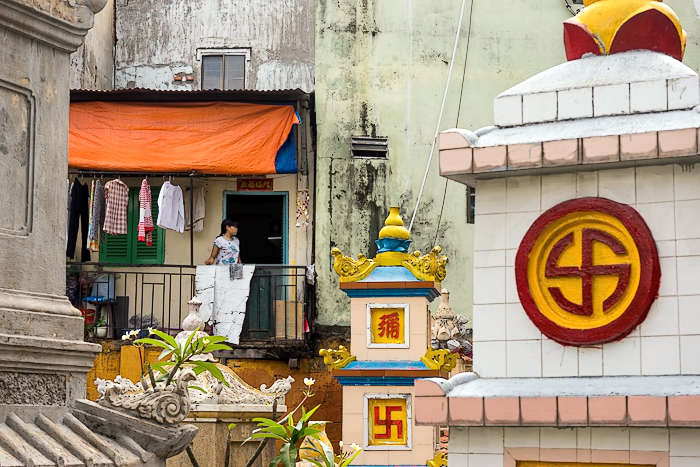 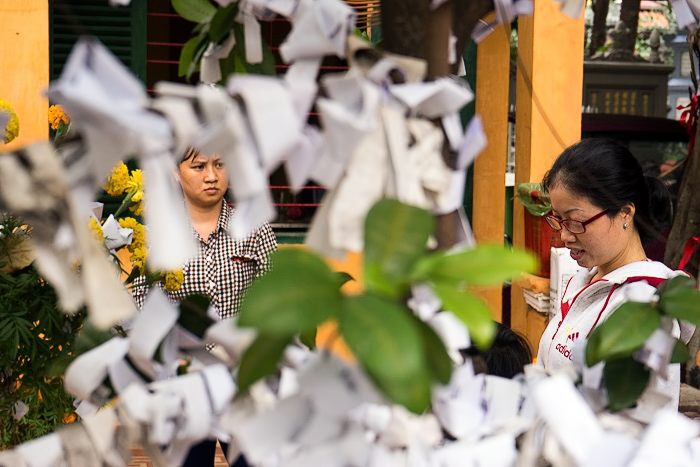 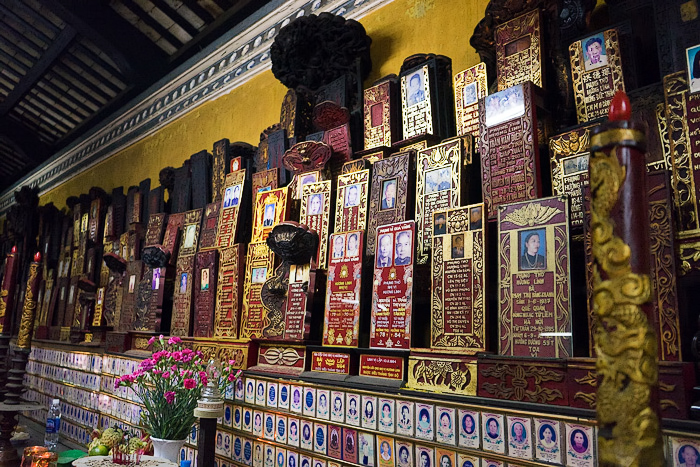 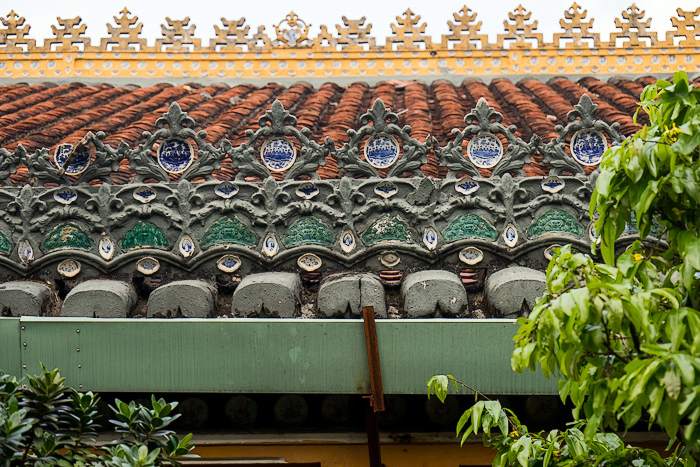 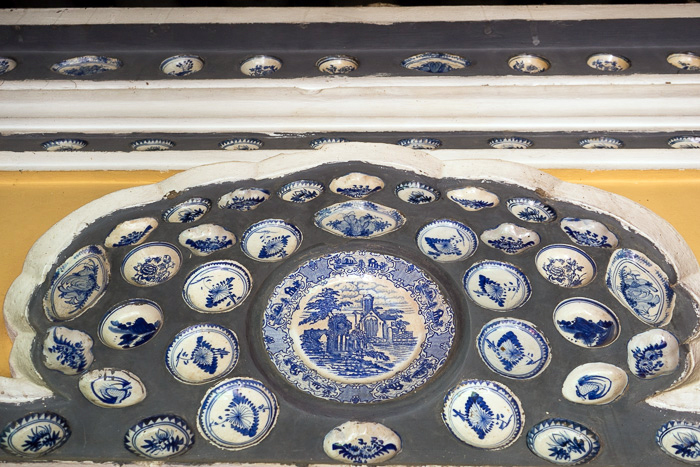 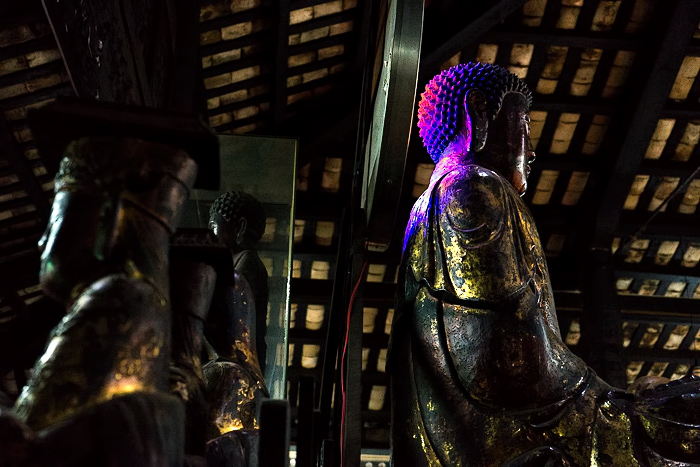 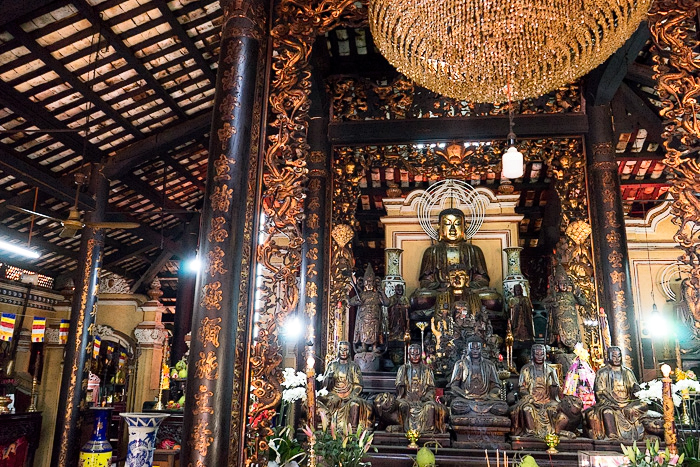 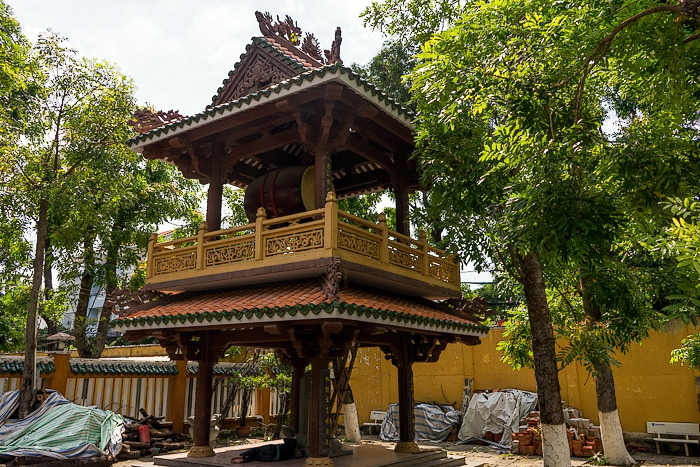 The Museum of Vietnamese History