Waking up at 5am is usually a surefire sign that you’re still suffering from jetlag… except in Vietnam, where it means that your body has properly adjusted. This country gets going earlier than any other place we’ve visited. It took some time, but once we accepted and embraced the early lifestyle, our experience in Saigon improved immeasurably. 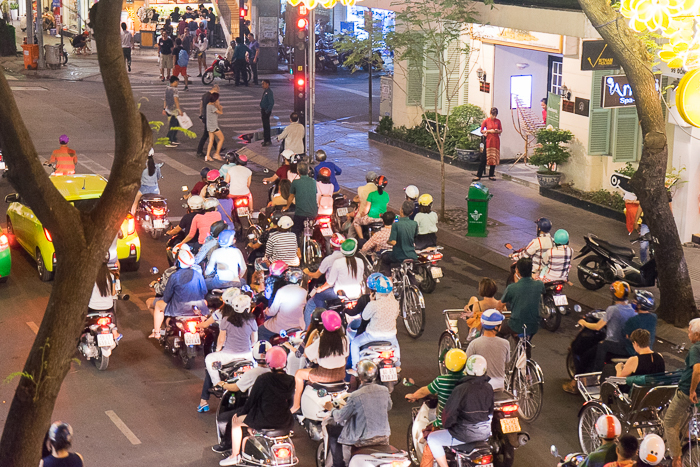 People in Saigon get moving at an ungodly hour. If you go outside at five in the morning, you’ll find the streets already humming with activity; people eating their breakfasts, preparing their stands for the day’s commerce, or exercising. By the time we’re used to taking our breakfast, say around 8:30, many of the city’s breakfast shops have already closed up.

Ph? seems to be the most popular breakfast choice. This was strange to us at first, since it’s also a popular option for lunch and dinner. I’m sure there are people who have enjoy three steaming bowls a day. And why not? It works surprisingly well as a breakfast, providing plenty of energy for an active morning. And this hot soup is more enjoyable to eat before the temperature gets too high. 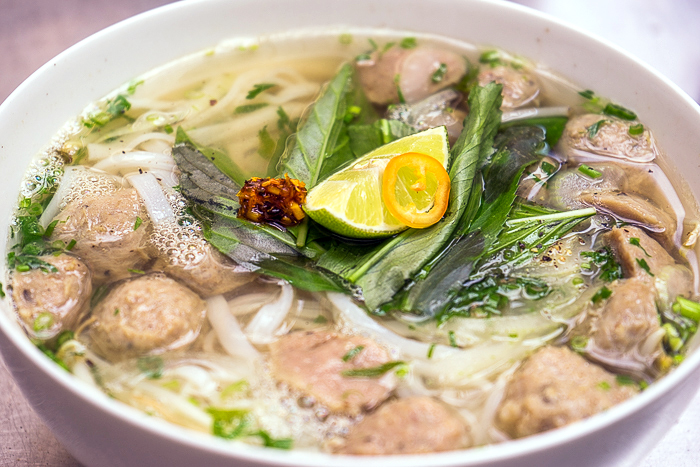 I’m guessing that the humid tropical climate is a big reason the Vietnamese get going so early. Why waste the day’s most pleasant hours? If you must sleep, do it around two, when the sun is at its most oppressive. If you walk around Saigon at this time, you’ll see all those early-morning busy-bees completely sacked out, usually laying flat on the cool tiled floors of their homes, front doors open for the breeze.

In the Mekong Delta, every cafe, house and shop had hammocks in which to pass the afternoon hours. During our weeks in the delta, swinging in the shade for a post-lunch nap was a daily treat. If there’s one complaint I have about Saigon, it’s not the traffic nor the noise. It’s the fact that there are no cafes with hammocks!

I suppose it’s worth mentioning that life in Saigon never really “stops”… it’s not like Valencia, where the streets are largely deserted at 2pm. Saigon is chaotic always. There are just different levels of chaos. And as the sun begins its downward journey, around 4 or 5pm, the dial gets turned back up.

Dusk is our favorite time in Saigon. As the city shrugs off the weight of the day, the energy is palpable. Maybe it was the season (spring), but we were lucky to witness a lot of dramatic sunsets. As the sky changed color, we’d often find ourselves rushing to a favorite park or rooftop bar to take in the scene.

The normal dinner hour is between 6 and 7pm. After 8, restaurants start to shut down. In Saigon, you’ll always find something open, but in smaller towns, you might run into problems. And by 10, most people are already snug in their beds. Since they’ll be waking up so early again tomorrow morning, nights are typically early.

But what’s that wailing you hear? And that wild, drunken laughing? Oh yes, notice that I said “most” people go to bed early, but certainly not everyone! Every night, regardless of the day of the week, the city’s local drinking holes get rowdy. Karaoke is hugely popular here, and it turns out that drunken Vietnamese dudes are not among the world’s most talented signers. Never have I heard such off-tune caterwauling.

It took awhile, but we finally adjusted to the early mornings, hot afternoons, and even the nighttime warbling of karaoke songbirds. After a couple months, waking up at 7:30 started to feel decadent. And by 9:30pm, I would already be struggling to keep my eyelids open. I stopped trying to fight it. When in Saigon (or any new place, for that matter), it’s best to adopt the local schedule, instead of rigidly adhering to yours. 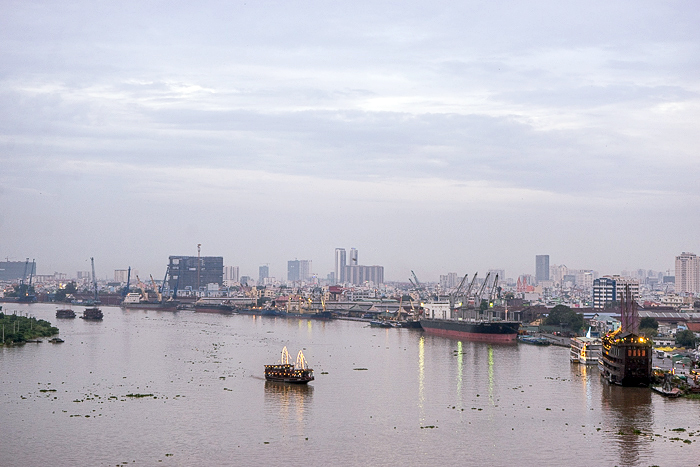 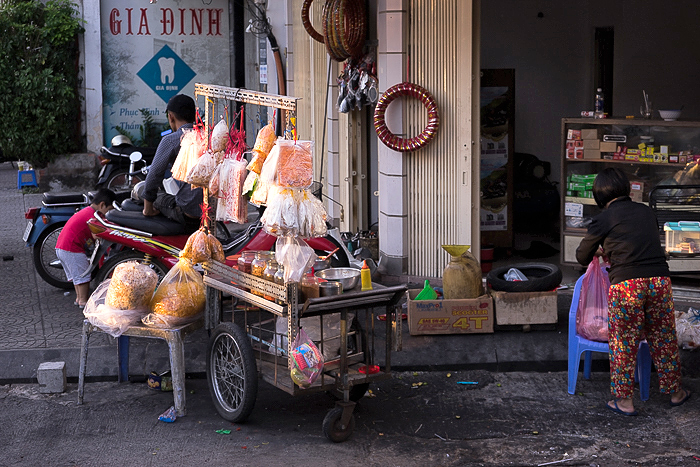 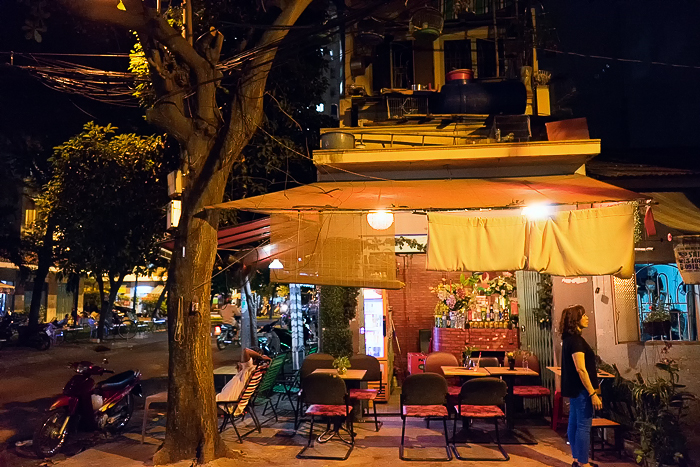 Tet Madness and a Lion Dance in Cho Lon

Phường 28: The Island of Un-Saigon