The art form most commonly associated with Vietnam is lacquer painting. While exploring District 3, we walked past the factory of a company called Tay Son, and were drawn like moths to its striking mosaic facade. When the security guy encouraged us to enter, we immediately accepted the invitation. 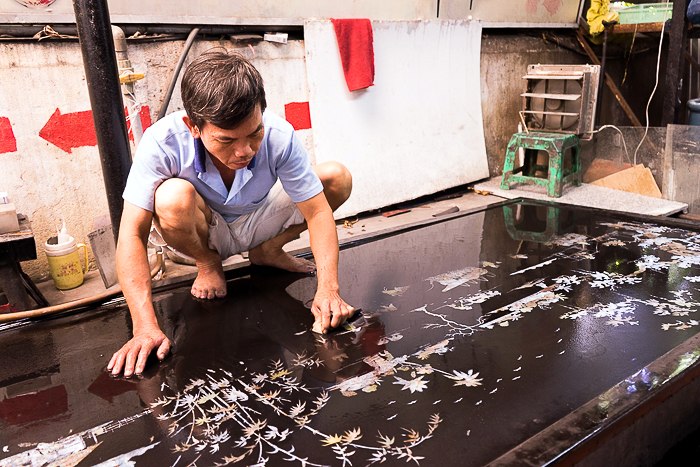 Soon, an English-speaking representative from the company introduced himself, and took us on a short factory tour. It was pretty clear that the endgame was going to be a gift-shop, but we still appreciated the chance to see lacquer artists at work.

Lacquerwork has a long history in Vietnam, where it’s known as S?n Mài. For centuries, it was purely decorative, used mainly to preserve wooden furniture from the tropic heat. But in the 1930s, a new generation of Vietnamese artists began to fuse French influences into their lacquer works. And since there’s nothing the West loves better than celebrating its own influence, lacquerware was soon being hailed as a newly-discovered Oriental style, and displayed at exhibitions around the world. 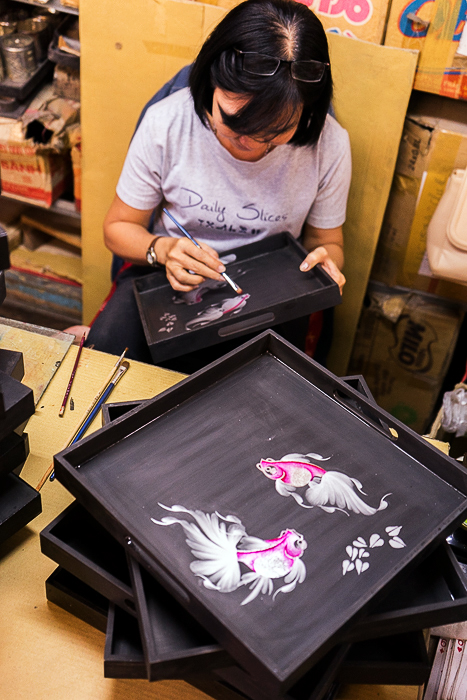 There’s no denying the artistic talent of the men and women producing lacquered pieces for Tay Son. We enjoyed watching them work and, although short, our tour was informative. Beforehand, the only thing I knew about lacquerwork was that it’s shiny, but now we were able to watch the whole process… artists were slathering the lacquer onto wood, setting eggshells and pieces of mother-of-pearl into place, and using sandpaper to reveal the designs beneath.

We even liked the inevitable “gift shop” portion of our tour, because this was more like an art gallery than a regular store of chincy souvenirs. Naturally, the best pieces, including a stunning lacquer reproduction of Picasso’s Guernica, were way over our budget. It was fun to fantasize about reckless purchases, but I’m sure our guide wasn’t terribly interested in sentences that began with “Now, if only we could afford this one…” 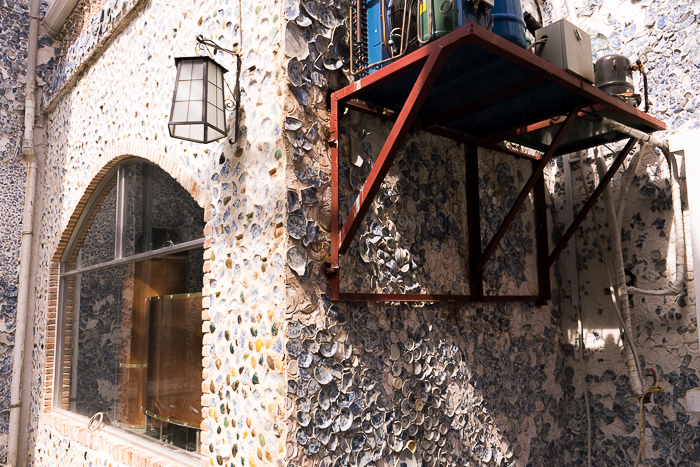 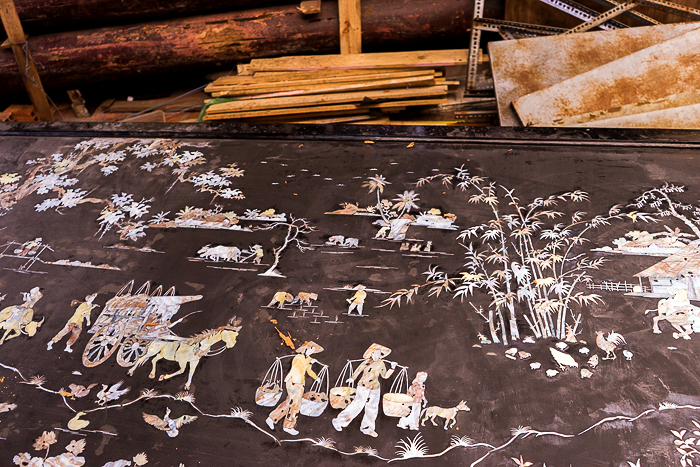 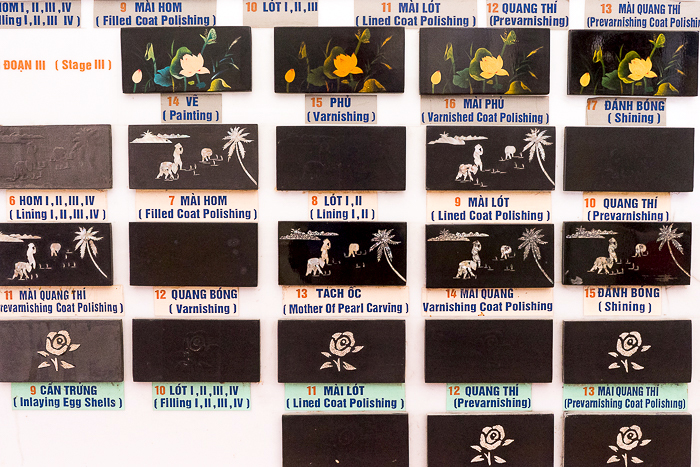 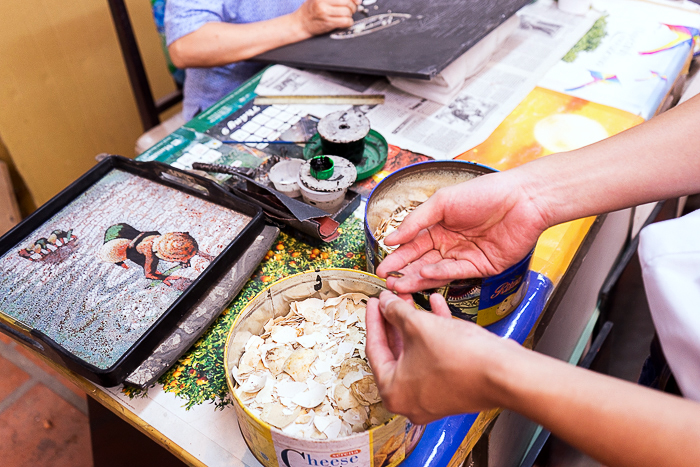 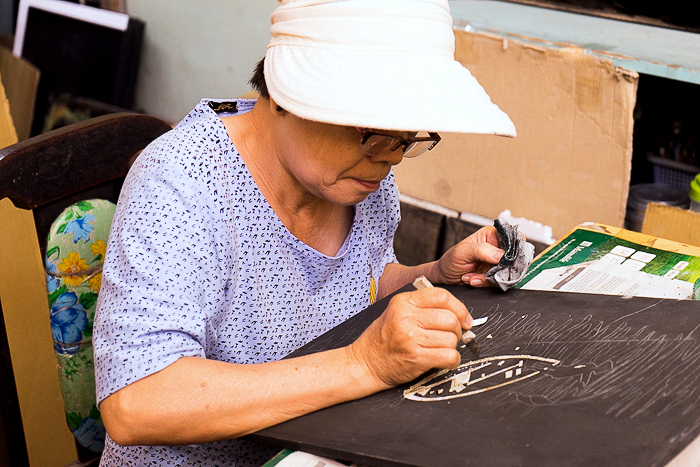 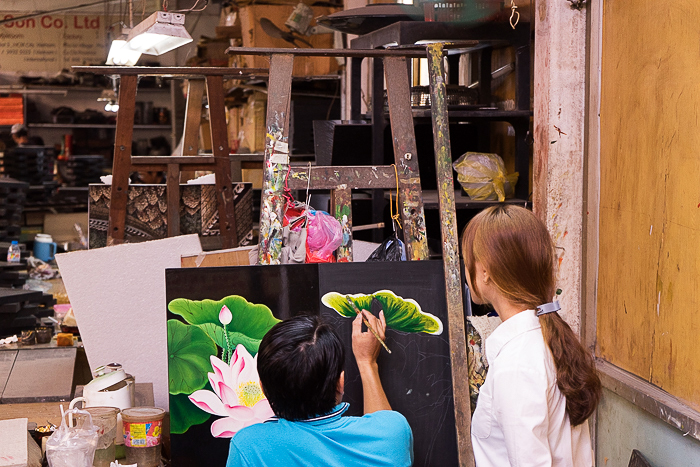 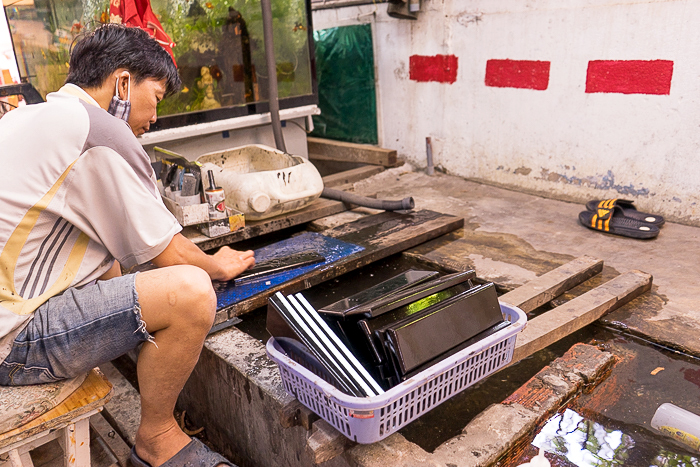 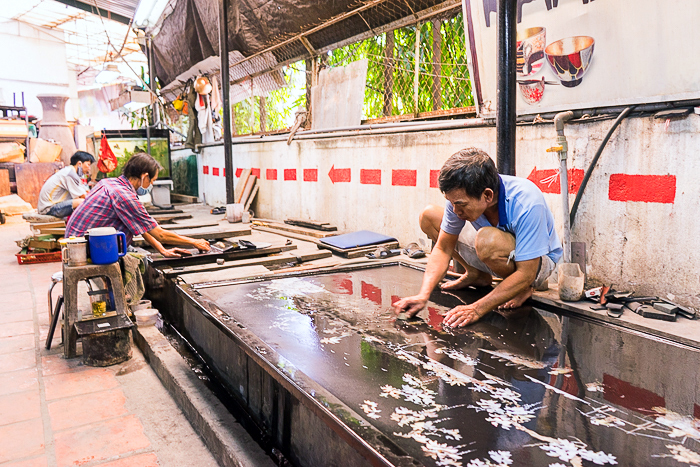 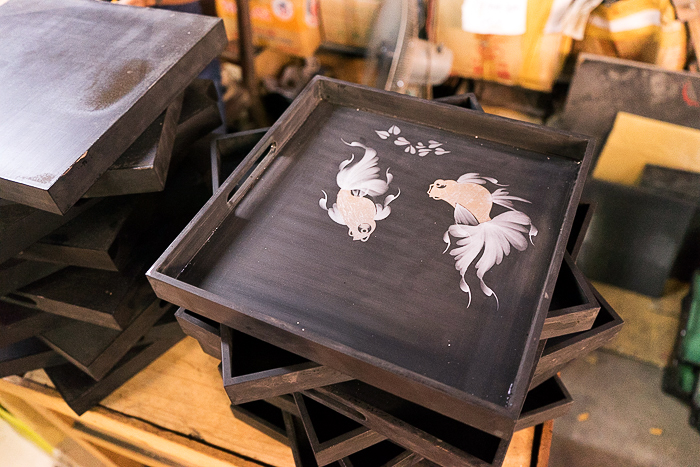 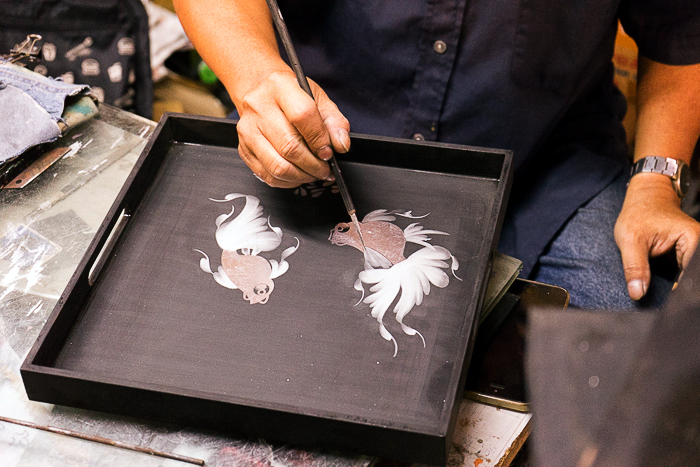 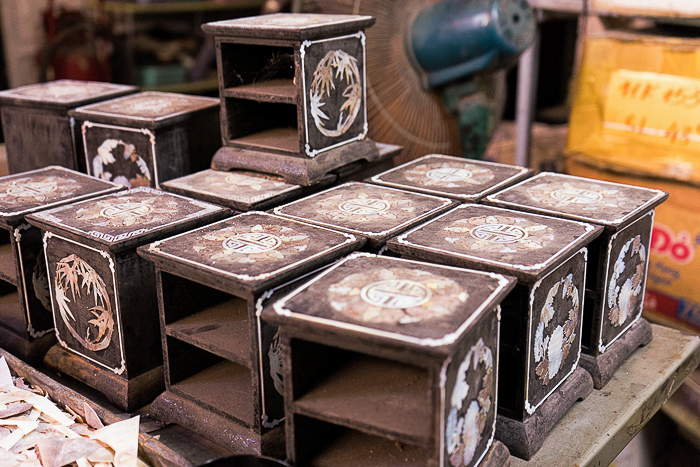 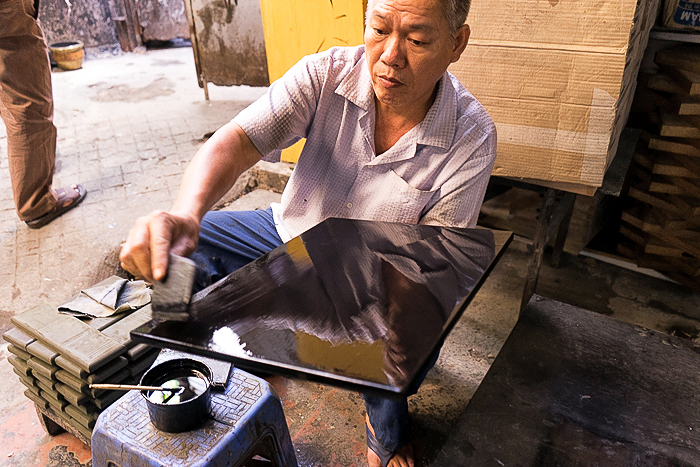 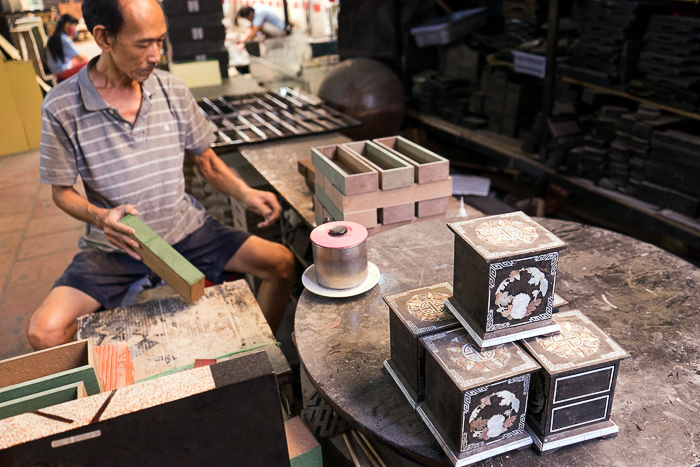 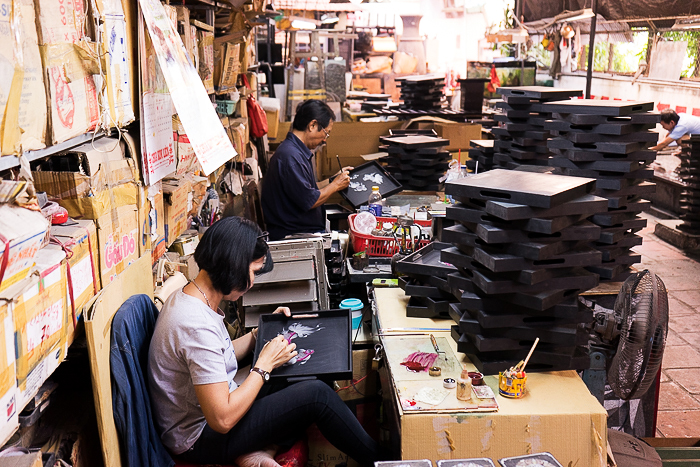 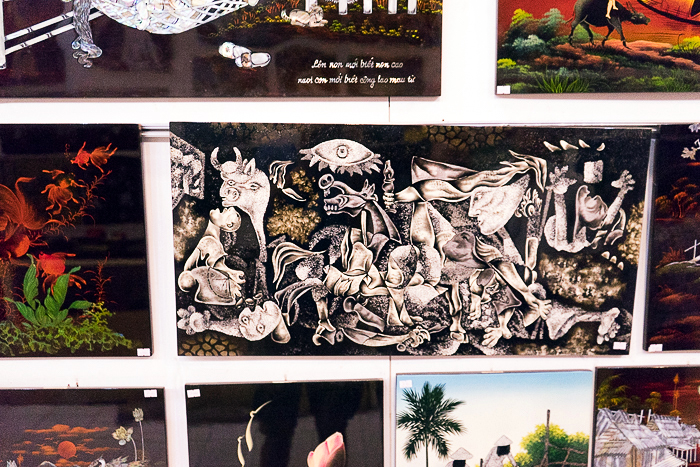 Getting Around in Saigon

BonBon Residences: Our Home in Saigon